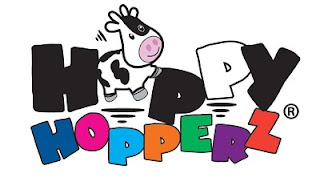 Not since the past crazes of the Rubik’s Cube, My Little Pony, Cabbage Patch Kids & Space Hoppers has the children’s toy market seen a product that has captured the imaginations of young children as much as the newly launched range of inflatable toys from ‘HappyHopperz®’.
HappyHopperz® are a collection of bright, inflatable animals that not only rival the space hoppers of the 1970’s but take the bouncing experience to a whole new level. With ears or horns for children to grip on to and sturdy feet to steady the bounce, these colourful Hopperz come in a variety of different animals that give ‘Old Macdonald’ a run for his money! Not only are these loveable toys fun to play with but they also help strengthen core muscles, increase balance control and also develop co-ordination skills. Products such as Happy Hopperz® bouncers are used by physiotherapists & therapists as a rehabilitation tool and are also used to stimulate motor neuron systems – the foundation for developing skills such as memory, language, jumping and running. They are also brilliant as a pre-walker aid, encouraging crawling babies to work their leg muscles and take those wonderful first steps.
They can be inflated and deflated in a matter of seconds making them super-portable. So, play with them indoors or in the garden, or why not take them to the park. Even better, deflate them and pack in your suitcase for a happy-bouncy holiday! The HappyHopperz® are now also famous amongst the world of celebrities, after recently making an appearance at the BAFTA’s in London and various celebrity weddings and events. These little toys are fast becoming the ‘A List’ stars of the animal world.
HappyHopperz® are available Nationwide from £19.99 at Argos as well as independent toy stores and www.happyhopperz.co.uk 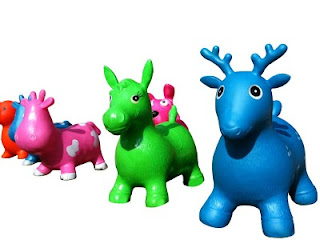 To be in with a chance of winning a Happy Hopperz of your choice simply enter your details here and leave a comment below telling me you’ve done so.
The Prize Finder – UK Competitions
And the winner of a Happy Hopperz of their choice is …
Kirstie Shuttleworth
Congratulations – I’ll be in touch shortly!
Sharing is caring 🙂

As a mother, you want to protect your child from ...

END_OF_DOCUMENT_TOKEN_TO_BE_REPLACED

Self-storage is a great solution for people who ...