When we went to Germany about two weeks ago, we were blessed with absolutely gorgeous weather, so we tried to spend as much time as possible outside. On a gorgeous Sunday, we decided to make the most of the weather and take Amy for her first visit to Rostock Zoo.
Rostock Zoo is the biggest zoo on the German Baltic Coast and a place that I visited many a times with my family when I was a child. It is literally round the corner from where I grew up and where my parents still live and it guarantees a perfect day out for all the family. Young and old can see 1700 animals in 250 different species, enjoy water play and adventure playgrounds and stop for snacks and drinks in the many little cafes that you will pass when you make your way around the 56 hectare extensive grounds. (see map below) 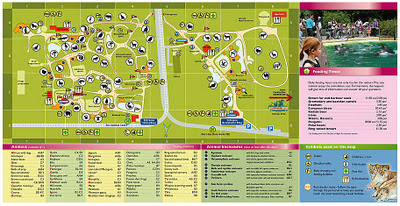 We started our tour at the duck pond, said hello to the penguins and walked along the monkey house where Amy decided that it was time for some yummy banana and apple puree. After finishing the entire glass, looking at animals makes hungry after all, we made our way to the elephants before we came to Amy’s absolute highlight: the polar bears. The polar bear enclosure is situated in the heart of the historical park tract (since 1899) and impresses with a huge polar bear castle with rocks, waterfalls and a bathing basin, which has over the years become the zoo’s centrepiece. In fact, due to Rostock’s success in propagating polar bears, many European zoos are now housing the white giants from Rostock. Amy really enjoyed watching the bears jump into the water and catch their food and I have to say that I was more than impressed by how attentive she was. Amy followed the zoo keepers every move and giggled whenever the bears landed in the water with a big splash.
After strolling through the historical part of the zoo, we watched the cheeky capuchin monkeys jump from tree to tree, relaxed with the gnus and antelopes that were lazing around in the sun and ignored the terrarium which is forbidden territory as I have a massive slight snake phobia that would have spoiled the whole day for me. At this point, Amy got a bit grumpy because her teeth started to bother her, so we decided to finish our tour by walking past the flamingos and visiting the wild cats. There is much more to see but we will save that up for our next visit because that one is booked already. 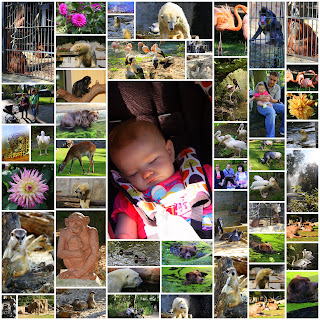 email
Previous Post: « Mummy Alarm Review : Stokke® PramPack – protect your pram when flying with babies
Next Post: Would you slap someone else’s child? »

As a mother, you want to protect your child from ...

END_OF_DOCUMENT_TOKEN_TO_BE_REPLACED

Self-storage is a great solution for people who ...